Sasa's Kitchen has a new home at sasaskitchen.com. Please follow us and keep enjoying great recipes. 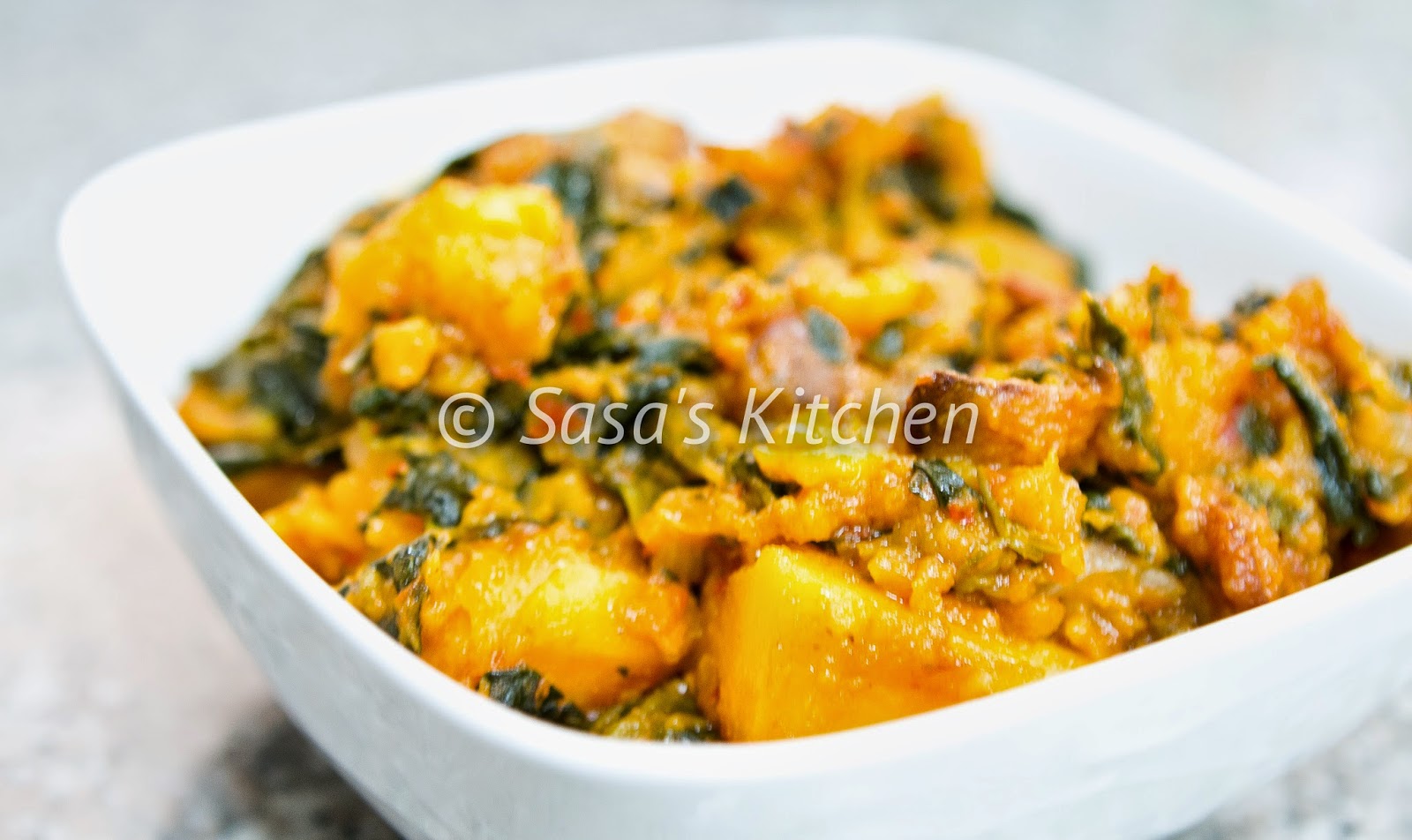 Ma Kaduna is gone, may her soul rest in peace.

Before Bey, there was Ma Kaduna, the first true independent woman.

A true definition of a feminist that taught me to demand what was rightfully mine. She taught me what it means to be a hustler. A very bold and audacious lady who rode her motorbike about Lokoja town like she was giving the world the finger while dressed in her cute nurses uniform, in a world where women were expected to sit at home and make babies. But she did have babies, 8 of them! My mum being one of them.

She spoke more than five local Nigerian languages including English. She felt it was necessary for people to be insulted and abused in their own language so there will be no misunderstanding. A true terrorist to her family, a real force to reckon with.

She taught me to add sweet potato to my yam porridge to give it a sugar like taste while using the wooden spoon to hit my hand as I reached into the pot to pick out a string of dried fish staring deliciously at me.

Blend the tomatoes and bell pepper in a food processor. In the mean time grill the sliced franks for about five minutes in the open. Heat the oil in a large sauce pan for 3 minutes and pour in the blended mixture. Fry for about seven minutes then add the chilli, Knorr cubes, garlic, ginger and  thyme.  Add the chunks of sweet potato and onions and combine thoroughly. Add enough water just to cover the potatoes and leave to cook for 10 minutes. Add the spinach and cook until the potatoes are soft.  Take the pan off the heat and toss in the grilled franks and add salt to taste. 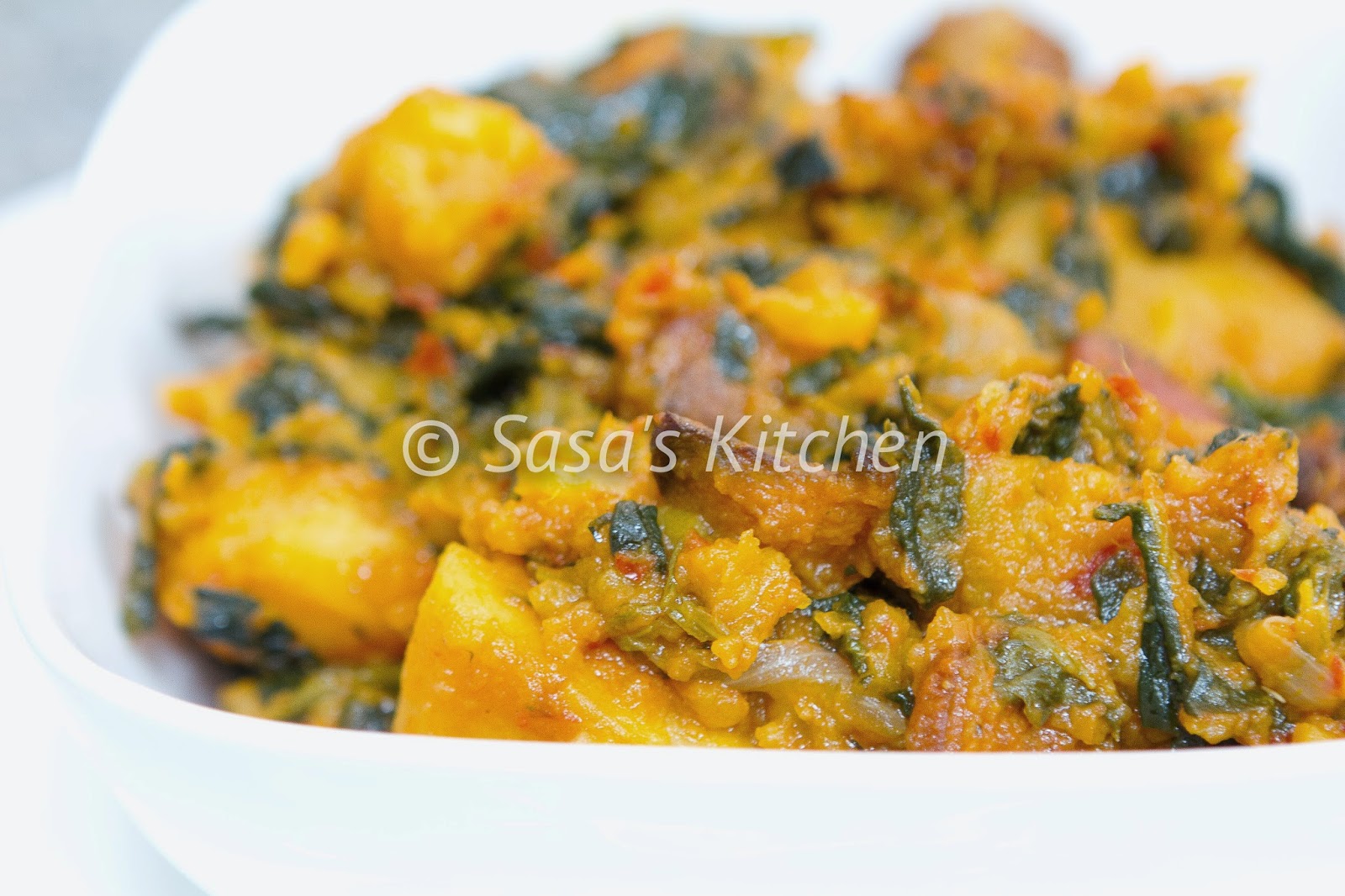 Welcome to the first of my kitchen hacks. In this section I will share tips on the little things that make my life easier in the kitchen.

Today's kitchen hack is about bulk chopping food produce like garlic and ginger, ingredients I use almost every day, and preserving it in oil in the fridge for later use. I also use this method for okra and leeks. I chop loads and freeze and use when I need to. This saves time and money as I don't have to throw away any produce because they have gone off.

Step 1 - Choose your chopper. There is a chopper that comes with most blender, the chopper blade is usually like a straight thin blade. There are also some sophisticated ones by brands like Philips, Breville, Kenwood etc. These are really good and will chop more of your produce than the standard ones. However they are more expensive. For this tip the standard one is used.

Step 2 - Fill only ⅓ of the cup with your choice of produce. If the cup is too full, you will end up a very fine paste as well as huge chucks. You want the final result to look like you used a knife to chop it yourself.

Step 3 - Use the "P" setting on the blender as demonstrated. This is what gives the desired effect.

Step 4 - Pour the chopped produce into a sterilised jar or freezer bag if you are intending to freeze.

Step 5 - To preserve it in the fridge add olive oil to the jar. Without this your chopped item will go off.